Debra A. Castillo is Stephen H. Weiss Presidential Fellow, Emerson Hinchliff Professor  of Hispanic Studies, and Professor of Comparative Literature at Cornell University. She is past president of the international Latin American Studies Association (2014-15). 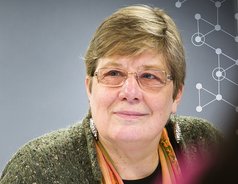 In her research, she specializes in contemporary narrative from the Spanish-speaking world (including the United States), gender studies, cultural theory, and theater. She is the author, co-author, translator, or editor of a dozen books and around a hundred and fifty scholarly articles. Debra is frequently seen nationally and internationally for conference keynote addresses, invited lectures, and distinguished lecturer appointments in the US, Australia, Canada, Europe (UK, France, Norway, Belgium, Romania, Poland), Latin America (Mexico, Argentina, Chile, Puerto Rico, Perú, Costa Rica), and Asia (India, Korea, and Taiwan). 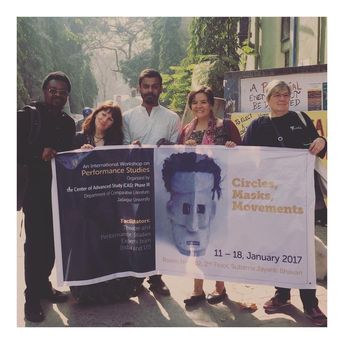 She advises the Cornell and local community theater group, Teatrotaller, which was founded in 1993 with the idea of promoting Spanish, Latin American and Latino/a cultures through theater. Teatrotaller has devoted itself to the production of plays in Spanish and "Spanglish"  including classical, contemporary and experimental plays of Hispanic origin.  These plays are presented to the community with a regular schedule of performances in April, August and November each year. The group has also performed in Bucharest, Romania; Jerusalem, Israel; Kolkata, India; Leige, Belgium; Puebla, San Cristobal, and Mexico City, Mexico; Quito, Ecuador; New York City; Boston; Toronto; Philadelphia; Syracuse;  Lawrence, Kansas; El Paso, Texas, among other locations. Teatrotaller holds a well-earned reputation for excellence in artistic performances. It has frequently been approached by playwrights from throughout the Spanish-speaking world with offers of plays, and has had the honor of producing several world-premier works. Most recently, the group has been exploring story-circle based collective creation projects, inspired by Boalian theatre of the oppressed.

Recent major touring projects include the international collaborative creation performance, "Root Map" performed in Kolkata, Ithaca, El Paso, and (with the collaboration of the Mohawk community) in Akwesasne, NY/Canada, and  the international, interdisciplinary performance art installation, "Aguakinesis," which was presented in the USA, Colombia, and Mexico.
​
With the reopening of live performance options after the COVID lockdowns, 2021-22 brought us our December "Pastorela," a regional tour of  "Diamantina Rosa: se vale bailer," as well as "Pink Glitter," the one person English language adaptation of "Diamantina rosa" as a performance monologue and DJ set by Ana Florencia López Ulloa. We also participated in the PICS microteatro event in Syracuse with the collective creation play on immigration, "Entre silencios." 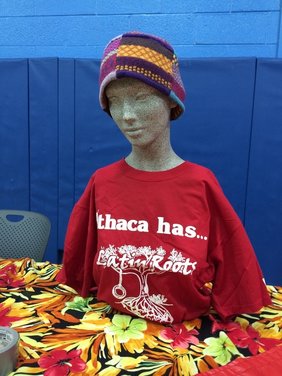 She is an active member of the editorial boards of numerous journals, and is also past editor of Diacritics and current editor of the Latin American Literary Review, now an open-access online publication.  She is past president of the International Association of Hispanic Women’s Literature and Culture, now the Asociación de Estudios de Género y Sexualidades,  has served on various academic press boards, and has participated in numerous national and international prize committees (Kovacs, Luce, Fulbright, Ford, NEH, etc). She has collaborated in a European research group on border poetics, a Chilean gender studies group, and a Mexican research group on memory and citizenship, among others. She has served on the MLA executive council, the delegate assembly organizing committee, the Language committee, and as a representative on the delegate assembly, several executive division committees and fora, the Elections Committee, the Nominating Committee, the Publications Committee,  the radio committee, the Advocacy committee, among others.

She has had the good fortune to have been the 2016-17 facilitator of a Mellon seminar at Cornell, which produced the "Scholar as Human" website and book project and gave rise to the Cornell University Press series on Publicly Engaged Scholars, coedited with Anna Sims Bartel and Scott Peters.

She is particularly proud of her long-term collaborations with members of the Ithaca and Tompkins county communities on issues and programs of interest to them, mostly through ¡Cultura! Ithaca, an organization she co-founded with Carolina Osorio Gil; the Latino Civic Association of Tompkins County; and the NGO founded and directed by Ana Ortiz, No más lágrimas. 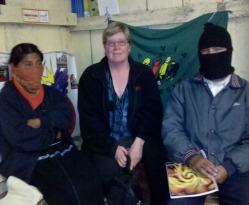 She is the holder of a Stephen Weiss Fellowship, which is the university’s highest teaching award, and is granted for excellence in undergraduate teaching.  She enjoys teaching the entire range of courses offered at the university, from first year writing courses to graduate seminars.   She loves keeping in contact with her former students as they move into interesting and fulfilling professional lives, and facilitating contacts with other interesting thinkers from Latin America and beyond.